摘要： According to CNNIC s 39th China Internet Development Report, by December 2016, China has a mobile user base of 695 million. It s evident that smartphones have become a very common consuming product, through which games are penetrating further into people s lives. 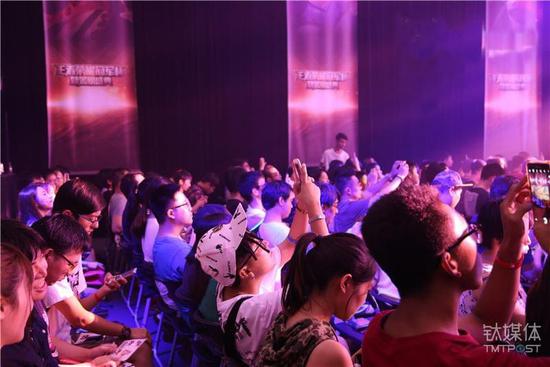 “No basketball no brothers,” this phrase might be a little bit outdated for today’s young people. It appears nowadays playing mobile games together is a more popular bonding scenario.

Today, more and more young people are starting to play mobile games on their smartphone. Mobile gaming has in fact become part of their leisure time and social life.

Honor of Kings, a mobile game praised for its easy entry, diverse and fast-pace gameplay, has attracted quite a large fan base.

Many industry insiders believed that Honor of Kings is a money-making machine. According to Tencent’s official data, King of Honors now boasts two hundred million registered users and 6.2 million monthly active users. And King of Honors’ e-sports event KPL already garnered a view volume of over 2.1 billion during the 2017 KPL Spring Season League by the 11th competition week.

The revenue comes in strong for the mobile game as well. Tencent’s Q1 earnings report shows the Internet company attracted a revenue of ￥49.552 billion in the first quarter, a year-on-year growth of 55%, generating a profit of ￥19.272 billion, a 44% year-on-year growth. Among all, Tencent’s gaming business cashed in ￥22.811 billion, jumped by 24%, with its mobile gaming business soared by 57% to ￥12.9 billion. Tencent explained in its earnings report that the rapid growth was driven by new games such as King of Honors, Cross Fire, and the Dragon Valley etc. as well as old games.

In King of Honors, players would have to compete with others with their skills, experience and collaboration with their allies, instead of relying on purchasing fancy equipment or level up. It has been reported that the character skin of Zhao Yun, which is an in-app purchase item, cashed in 150 million yuan for Tencent in one day. Character skin purchase is the main source of income of Honor of Kings. However, despite giving players a bonus of ten points, the character skin doesn’t provide other extra effects that will break the gaming balance. It’s merely a “clothing” in the game.

However, it’s apparent that relying on one single profit model will prove to a disadvantage for Honor of Kings’ long-term operation. The 2017Chinese E-Sports Industry Report (from January to March) released by GPC and CNG shows the sales volume of the e-sports industry in the first quarter this year had been around ￥18.29 billion. The e-sports events centering mobile games is counted into the growth of the e-sports industry, surpassing client-based e-sports games. Honor of Kings, as the growth leader, generated an income of ￥5.5 billion.

That said, offline events, livestream shows, rebroadcast activities, and other greater entertainment businesses centering the Honor of Kings will bring more profits to gaming companies. In my previous article 200 Million Honor Of Kings Players Key To Saving Tencent’s Mobile Game E-Sports Dream, I have already mentioned that currently players are not responding well to the consumption of e-sports events and fan merchandise, and that the audience perceived professional players merely as people who are really good at playing games.

So what’s the way to bring gamers closer?

Unlike the NBA’s fan culture and community, during profession leagues, the fans of Honor of Kings wouldn’t really have heated discussion relevant to the details of the competition, and lack the passion for fan merchandise purchase. In other words, e-sports events such as Honor of Kings don’t possess a level of fan loyalty and community voice. To build up a loyal fan base and a voice, Tencent E-Sports announced a variety show named ‘Gather! Kings!’ on its press conference. The show has aired on June 21st, featuring celebrities such as Tian Liang, Hu Xia etc.

Little might know that professional league players of Honor of Kings now don’t make much from tips from live show viewers. There is also a lack of physical merchandise sales. To profit, players attract more data flow to them and subsequently appeal to sponsors with their views.

Through ‘’Gather! Kings!’, more professional players are able to get exposures and become celebrity players, further monetize their influence by making money from their fans. Their personal influence would then gradually penetrate into physical merchandise as they become celebrities and alter their fans’ perception.

Film adaptation, the risks and profits

It’s known by many that the success of a film adaption relies heavily on the celebrity players as they continuously draw advertising clients etc., forming a heavily cycle.

According to statistics, 12 e-sports themed movies and shows will be coming to screens in 2017, including Gods of War, Family of Winneks, and Rising Galen etc. It’s apparent that e-sports is now a hot direction for film production.

TV shows, Internet shows and films are an entirely different field. To achieve a relatively high box office in China, the production and marketing both matter, as well as channels and schedules. Because of that, e-sports, though being a hot field, still requires close collaborations from multiple sides and possesses greater risks.

TV and Internet shows rely heavily on the content of the episodes, and therefore they need a clear storyline and value that the audience would understand and accept to have a decent market performance.

Chen Rui from Sea of Stars Capital told TMTPost that:

When running an entertainment chain business, you can’t just cater to the original audience. Otherwise, you will limit your market potential.

According to open data, China has an e-sports audience base of 170 million, 62 million of which are hardcore viewers of e-sports. Compared with the past, the audience has grown much larger, providing e-sports themed film productions with a sizable audience.

The Indian movie Dangal which was insanely successful in China a couple of weeks ago is also a sports themed film. By June 16th, the film had amassed a box office of ￥1.242 billion in China.

In the traditional film industry, sports theme movies, including boxing, football, and swimming etc., are usually associated with inspiring stories. And Dangal was no exception.

VSPN’s CEO Teng Linji told TMTPost that as the user base grows, the relevant film products and fan merchandise will enter the next phase, and that it’s a good progress of having e-sports themed movies. He believes that e-sports is a movie genre that can raise mutual emotions. “As part of the sports genre, e-sports movie will become a mainstream direction for film makers. And of course, the core here is good stories,” he said.

IP realization an breakthroughs from the mobile gaming sector

Films are metal leisure. The industry needs physical leisure to create a balance. 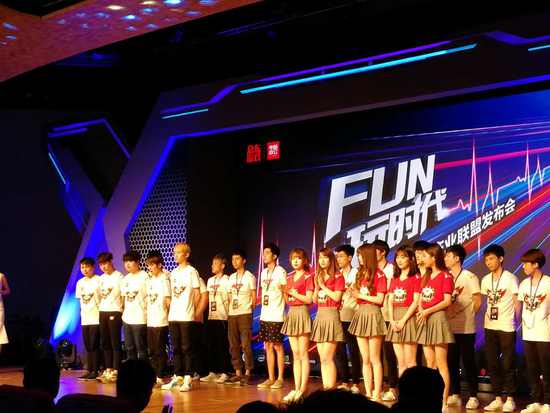 “The 3C industry is penetrating into the gaming and entertainment sector. For young people, games have become essential social scenarios. ”Hu Shengli, JD’s vice president and the president of the 3C business department, stated.

“In China, JD is the first company to name a club with the company’s name and manage the club like commercial companies do. It’s quire similar to South Korea’s management model. In South Korea, all top professional clubs are run by local business giants like Samsung and CG etc.”

Smartphone brands are also contributing to this particular sector. Huawei’s Honor 9, for example, has made specific optimization for Honor of Kings, while Oppo R11 has teamed up with Honor of Kings’ technological team to launch a version fitted for dual core framework.

According to CNNIC’s 39th China Internet Development Report, by December 2016, China has a mobile user base of 695 million. It’s evident that smartphones have become a very common consuming product, through which games are penetrating further into people’s lives.

Whether it’s the variety shows, films or smartphones centering Honor of Kings, they all aim at breaking the boundaries and connecting more people. As for the result, it’s too early to tell.………………………………………………………………………………………………………
(Like our Facebook page and follow us now on Twitter @tmtpostenglish, on Medium @TMTpost, on Instagram @tmtpost_english and on AppleNews@TMTpost)

The article is published with authorization from the author @Zhu Taowei, please note source and hyperlink when reproduce.]

Translated by Garrett Lee (Senior Translator at PAGE TO PAGE), working for TMTpost.